Interview - Business trips around the world 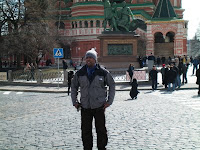 Many people dream of a job which allows you to travel around the world. Valdir Moreira do Nascimento, marketing manager at Mars Chocolate, is one of these lucky people. However, despite the amazing experiences you can face, not everything is a bed of roses, as there are many challenges in these trips.

As a marketing manager in a multinational company, you have been traveling a lot recently. What were some of the countries you visited and which ones did you like the most?
Valdir - In this job, I had the opportunity to travel to the US, Mexico, Argentina, Panama, Puerto Rico and Russia. All the countries were special for me, but the highlights were US and Russia. US was the second foreign country I visited (the first was UK) and I've been there several times since my first trip in 2006. And Russia was a recent and totally unforgettable experience.

Your last trip was to Russia. What did you think of the country? What places did you visit there?
Valdir - Russia is a land of contrasts. You will find there a small but very wealthy group, spending a lot of money in cars and luxury international brands. On the other hand, there are huge masses still living in those old Soviet buildings. By the way, this is a very important thing: Russians say "Soviet times", but they mean "communism". The elderly still miss some of the stability of the "old times". However, the younger crowd has happiliy embraced capitalism - they don't miss communism at all. This is why the big international brands and companies are doing so well in Russia.
I went to Moscow and St. Petersburgh. While Moscow is the kind of big, lively, vibrant city, St. Petersburgh is more classic, as it still preserves the architecture from the XVIII century. The arts scene is much more developed in St Petersburgh (Hermitage is one of the best museums in the world, comparable to the National Gallery or the Metropolitan), while Moscow night life is unbeatable.

You have also been to Panama. What's this country like? What places did you visit there?
Valdir - It looked like Florida to me. Lots of new buildings are being built in Panama City, and the vast numbers of hotels, resorts and direct flights from all Latin America countries make it an ideal place for business meetings. Apart from that, Panama is a very good place for shopping clothes and electronics, among other items. A visit to Panama Canal is mandatory (although the mechanism itself does not differ much from the "eclusas" we found in Barra bonita - Tietê; the point is the bigness and all the symbolic value of that venue). And a great spot is Panama Viejo, where you have ruins.

What about the States? Where did you go and what did you like and dislike about this country? 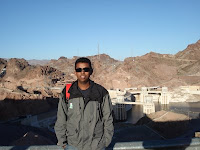 Valdir - I went to US for the first time in 2006, for a meeting in Las Vegas, and after that I took a 20-day vacations. I travelled to Los Angeles, San Francisco and New York. I liked almost everything, it was great to check all those sites that I saw only in movies. What I enjoyed most was the visit to national park Yosemite, the Grand Canyon and Sonoma Valley (where I saw wine production). What I didn't like that much was Los Angeles (everything is distant and you have to have a car for almost everything).

Did you face any difficulty in these trips?
Valdir - Russia was a challenge. Outside the hotels, almos nobody speaks English fluently, and the Cyrillic alphabet is hard to understand. So I tried to memorize some symbols (ex.: entrance / exit / male bathroom), and the weather was very cold (very windy, -5 C). Even in the US, you have different accents (and it is quite hard to understand what some immigrants are saying).

What's the image the foreigners you met have about Brazil?
Valdir - Brazil is fashionable right now, due to soccer and supermodels. People instantly think of sunny beaches, good weather and "Caipirinhas". However, some of them already mention violence and poverty ("City of God" caused a big impact, and many people asked me if all Brazil is like that). Brazilian women also suffer from the stigma of being "easy" - that's very sad.
Postado por Vanessa Prata às 14:44