If you want to learn Spanish online, you can take a look at the site http://www.rocketlanguages.com. Although it's a paid course, you can have a 7-day free trial. The site offers audios with the scripts and quizzes to test your performance, plus some games.
Postado por Vanessa Prata às 10:29


Would you like to learn German online?
Then, take a look at the site www.populearn.com/german/free.
The website uses sound, pictures and text, and it is really funny and easy to use. 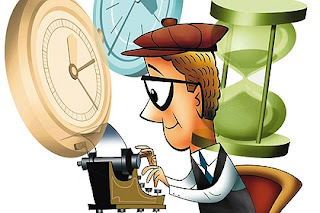 Talking about trips and its modern comfort when someone remembered the time that travelers took in their suitcases towel and soap. It wasn’t that long time ago, a niece of mine some years ago arrived in my home with her bath towel and a little box of soap in her suitcase . “My mother’s things”, she explained embaressed, it means that her mother who has less than 60 years used to take towel and soap when she traveled . Hotels and inns were shabby, unless the best in town and staying in someone else’s home you mustn’t bother anyone.

Some statements toss us in time, down the stairs. Trumbling down we remember about things that have already gone. Many of them don’t change because they have reached the perfection of the simplicity, like plate, table, cachaça, t shirt. Others are so indispensable in one minute , disposable in other.

Cars didn’t have blinking light for drivers to indicate what direction they would go, left or right , neither break light. All signs must be done using his left arm out of the car. Stop sign – outstretched hand backwards, left sign – arm extende straight, right sign – arms folded high. There wasn’t almost any traffic signs so a guard wistled in codes that must be known for everybody.

It wasn’t to long the book’s sheet in brochure were “closed”, they were not sniped ready to curl up, as today. Readers had to open the pages four in four and after two in two with a knife or a book opener. Yes there were book openers for sale, and we used to read!

Injections syringe were made of glass, they had to be boiled to sterilize before use them. They came in a metal case, whose cover were used to filled with alcohol;over it you should accommodate a metal frame that also came in those metal case and served as a mini burner trivet. Filled the metal case with water, put into it the syringe with all its parts and needles, put fire in alcohol, boiled for three minutes and presto. Calculator? It was multiplication table, students known it by heart , based on multiplication table students did the most complicated maths using four math operation, paper and pencil. In the offices, and only there, there were the most famous hand calculator Facit, they had a keyboard and a crank whose the best mathematics turn it back and foward, producing number exactly right showed in a tiny screen. It didn’t take to long until the eletrics and digital calculators…

Typewriter are still seen in police station and registry offices in countryside. In a hospital at west zone in São Paulo a friend of mine called and said “Do you wanna see a flashback?” and he took me to a recepcionist in one of the offices who intrepid typed customers data. In editorial offices of newspaper and magazines, with their tens of typewriters tapping at the same time, closing an edition it was a mess. The relief came with the silence of the computers.

Yellow card, red card? Soccer of the time of “beque” and “centeralfe”, now called defender and central defender, cards were the finger of the soccer referee, first pointing the nose to the naughty soccer player and after indicating that he is sent off of that match.

You think that those were things from the time of your grandfather or even your great grandfather, but no, they are from the time of your father. A time that children were polite, and obeyed their parents look, they didn’t open other pepople’s refrigerator , they were pleased with only three gifts a year, in proper occasion, and they were happy. The pace is getting faster.

Infographi​c about the Problems Recent Grads are Facing

50 Creative Ways to Use Skype in Your Classroom

And here’s the tools to help you do it!