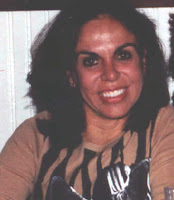 Vivian Magalhães is an English teacher from Rio Grande do Sul, co-autor of the series of books Cem Aulas Sem Tédio, author of Quem Nasce de Semente é Planta, Não Gente and Teacher Tools: Tips and Activities for Effective ELT Teaching. She also keeps her site http://www.linguaestrangeira.com.br/, and her Master's Dissertation was about: "Professores pontocom: o que buscam e o que encontram na Web". Get to know more about her career and her hints for teachers.
Tell us about your education and experience.
Vivian - I started teaching English very early, when I was 18. I had come back from the United States, where I had spent one year as an exchange student is an American High School, and one of my sisters was working as a coordinator at Yázigi at the time. I started studying Journalism here, but halfway along the course I decided to go back to the United States and I ended up going to college there, too, and getting an Associate degree from Dixie College, in Utah.
After graduation I went on a trip to Hawaii, where I met a guy who I started dating. Because of him I lived for another two years in Kentucky (his home state), where I intended to get my Bachelor’s degree in journalism. I did go to college there, but we broke up before I graduated, so I came back to Brazil and graduated from PUC-RS in 1987. By the time I graduated in journalism, I had learned to really enjoy teaching, so for a year or two I tried to juggle two jobs, working as a teacher in the morning and as a bilingual journalist in the afternoon. It actually meant working three shifts, because in the evening I had to prepare classes and do a lot of paper work.
At some point I knew that I had to make a choice, and I chose to keep on teaching. So I went back to college and I got a degree in English teaching from UFRGS. By then I was already teaching at Colégio Farroupilha, a private school in Porto Alegre where I taught for ten years. It was there that I met Vanessa Amorim, with whom I later wrote Cem Aulas Sem Tédio. I started my Master’s in Education in 2001, and in 2007 I started a doctorate program in Informática na Educação, but it was way too technical and not very close to my English teaching reality and needs. So I dropped out and enrolled in a specialization course instead, but I still think about eventually going back to my Doctorate program.

How did you have the idea to write about the use of technology in your master's?
Vivian - We launched Cem Aulas Sem Tédio in 1998, and I decided to create a website in order to make the book known outside of Rio Grande do Sul. At the time, the internet was not nearly as popular as it is today, and having a website was pretty much like having a snake as a pet: because not many people had one, it generated a lot of curiosity. People wanted to know, for example, how I made money with my website, as if making money could be the only possible reward for all the time spent in developing and updating the site. I could give people answers from my own personal perspective and experience, but I wanted to research this new way of connecting and communicating with colleagues as a worldwide phenomenon. So I interviewed webmasters from different countries and asked them about their reasons for running an educational website.

What were your main findings in your studies?
Vivian - Although some people do make money from their websites (which is the case for the pioneer Dave Sperling from ESLCafe.com), most teachers enjoy the contact with their colleagues as well as sharing information and experience with the less experienced. A website can also be a powerful window through which teachers can show their work, and a tool for keeping and organizing their own materials. Most importantly, though, is the feeling that Michel Maffesoli called “neotribalism”: the need to belong to a particular group. In other words, creating and keeping a website for teachers is a way of gathering around us others of our kind, people who share the same or similar problems, work atmosphere and needs. It is so true that we seek the ones like us, that the social networks and virtual communities are very popular nowadays.

What are the advantages/disadvantages of using technology in the classes?
Vivian - My study was mostly aimed at teachers, not students. I mean, I did not study technology as a means of teaching English, but rather as a tool for connecting English teachers worldwide. I am, however, a fan of technology and I do use it a lot with my students, also. Very often, they are the ones who teach me new computer or cell phone tools and suggest ways of using internet sites in class. This is, in my opinion, the main advantage of technology: teachers have to admit that they have to keep constantly learning, because technology is constantly evolving. There is no such thing as knowing everything about technology, just like there is no such thing as knowing everything about English. Before you finish reading this interview, another popular gadget may have been invented, a new tool may be in its way to becoming the new trend, and a new software may have been created to make our lives easier (or hell, depending on how well you master it). Learning English and learning about technology is a life-long project, which is great for our brain.

What were the best blogs/sites you found about ELT?
Vivian - I conducted my research in 2002-2003, and at the time I chose ten teacher-directed websites which I considered to be the best available in terms of content. People didn’t keep blogs at the time. Nine years later, my choice of websites for the same kind of study would probably be quite different, although at least two would still be in my list: one is English Made in Brazil (http://www.sk.com.br/), kept by Ricardo Schütz, and the other is ESLCafe (http://www.eslcafe.com/), kept by Dave Sperling. I still find a lot of valuable information for teachers in both of them, although from different perspectives. But so many new websites have been launched in the last few years, that it would probably be much harder nowadays to come up with some kind of “top ten” list. In order to keep track of the interesting websites I find (and share them with other teachers) I keep a very extensive links page at http://www.linguaestrangeira.com.br/.

Why should teachers get used to technology?
Vivian - Most common objects that we use nowadays, such as the ball-point pen, for example, were once “new technology”. Although computers still scare some technophobic people, it is a matter of time until they are just as trivial in our classrooms and lives as a ball-point pen. Teachers should use technology because they can’t stop time and change.

What additional comments would you like to make?
Vivian - It is important to point out that English teachers are some of the most sharing professionals in the web. Whenever someone has a problem or a doubt related to the English language or any aspect of teaching, there will always be someone out there in cyberspace who will come out of their way to help. It is just a matter of knowing where to look. My experience with veterinarians was not nearly as good. Last December I found two little birds who had fallen from their nest and I desperately needed some guidance on how to care for them, so I contacted several vets and ornithologists in websites I had found through Google. Only one replied. At the same time, I was writing an article about EFL teaching and sent out an online survey. One hundred and six teachers replied (98 of them before the deadline). This made me really proud to be a teacher.
Postado por Vanessa Prata às 13:31